Scientists under Attack: Genetic Engineering in the Magnetic Field of Money 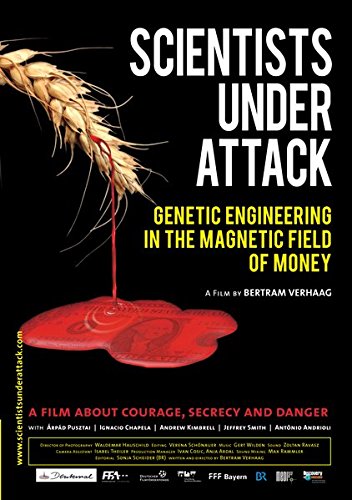 When scientist Arpad Pusztai reported that genetically modified (GM) foods caused serious health problems in rats, he was a hero at his prestigious UK institute — for two days. But after two phone calls (apparently) from the Prime Minister’s office, he was fired, gagged, and mercilessly attacked. When UC Berkely professor Ignacio Chapela discovered GM corn contamination in Mexico, he too faced a firestorm of distortion and denial that left him struggling to salvage his career. Find out how the biotech industry “engineers” the truth and what they are trying to hide from you. By Bertram Verhaag, with bonus film: Monster Salmon.

Be the first to review “Scientists under Attack: Genetic Engineering in the Magnetic Field of Money” Cancel reply

Added to wishlistRemoved from wishlist 0
Add to compare
Food & Drinks