You Think You Know Me: The True Story of Herb Baumeister and the Horror at Fox Hollow Farm (Ryan Green’s True Crime) 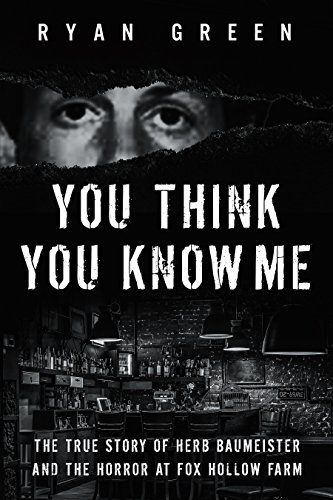 Price: [price_with_discount]
(as of [price_update_date] – Details)

In the fall of 1994, Erich Baumeister (13), was playing in a wooded area of his family’s estate, when he stumbled across a partially buried human skeleton. He presented the disturbing finding to his mother, Julie, who inquired about the skull to her husband, Herb. He told her that the skeleton belonged to his late father, an anaesthesiologist, who used it for his research. He said he didn’t know what to do with it, so he buried it in the back garden. Astonishingly, Julie believed him.

Over the course of eighteen-months, Julie became increasingly concerned and even frightened by her husband’s mood swings and erratic behaviour. In June 1996, whilst Herb was on vacation, she granted police full access to her family’s eighteen-acre home. Within ten days of the search, investigators uncovered the remains of eleven bodies.

Once news of the findings at Fox Hollow Farm was broadcast, Herb disappeared. He was missing for eight days when campers eventually found his body inside his car. In an apparent suicide, Herb had shot himself while parked at Pinery Park, Ontario. He wrote a three-page suicide note explaining his reasons for taking his life, which he attributed to his failing marriage and business. There was no mention of the victims scattered in his backyard.

Herb Baumeister would later be alleged to have killed at least nine more men along the Interstate 70 between Indiana and Ohio, and coined the “I-70 Strangler”. It is entirely possible that he was one of the most prolific serial killers in history, but because of his perpetual cowardice in the face of scrutiny, the world will never know.

In You Think You Know Me, bestselling author Ryan Green assumes the role of Herb Baumeister and attempts to fill in the blanks on one of Indiana’s most mysterious serial killers.

CAUTION: This book contains descriptive accounts of sexual abuse and violence. If you are especially sensitive to this material, it might be advisable not to read any further.

Be the first to review “You Think You Know Me: The True Story of Herb Baumeister and the Horror at Fox Hollow Farm (Ryan Green’s True Crime)” Cancel reply

Added to wishlistRemoved from wishlist 0
Add to compare
- 15%
Games